It’s been a year. A year ago this weekend I came to Sydney for City2Surf. I never planned on coming, it was to be Sean and his little sister Silv. A bonding trip of sorts. Big brother, little sister. But, after a tough blow on the results of a MRI scan, I too came along, a last minute much needed escape from my reality – thanks to my step-brother Ryan. Thankfully, my ‘pseudo progression’ diagnosis was just that.

That weekend we had the best time, so we said we’d all return next year. With Sean’s sister falling pregnant earlier this year, I knew she was off the cards. But I thought Sean and I could just go, so as a surprise, I gifted him this weekend for his birthday back in June. It would give us enough time to train and a good incentive to get fit – must beat last years time!!

After weeks of sleepless nights with the boys, me going back to being a full time mum (with my government funded nanny running out) it’s fair to say no where near enough training has been done. So we are definitely coming in as rank outsiders!! We’ll be lucky to make the full 14km hilly course. Let alone run it!

Of course, as luck would have it, this past week we’ve all been hit by colds and Sean a chest infection. Although we’re feeling much better now. Running will be taking a back seat and walking will be high on our agenda. Not that I mind at all. The view & the atmosphere is absolutely mind blowing, and walking enables more time to take it in! Plus just to have a weekend away with Seany is better than anything. Time to be us again not a parent for a few days. I love my boys but my goodness they can be hard work at times. Mr (almost two) Reeve has now decided he doesn’t want to sleep in his cot and only in his “big boy bed” which is great, but not when he can now come running down the hallway at 3am!! 😩. We’ve just got one out and sleeping in his bed most nights until 7am. Now we’ve got a new wriggling intruder, one that wants to talk to you and poke your nose and face at ridiculous o’clock. Oh the parenting joys. Who needs sleep after all? It’s definitely overrated. Got to say though, I’m pretty pumped for two nights of non interrupted sleeping coming our way 🙌🏼.

Big thanks to Nanna & Pa for minding our little ‘angels’. 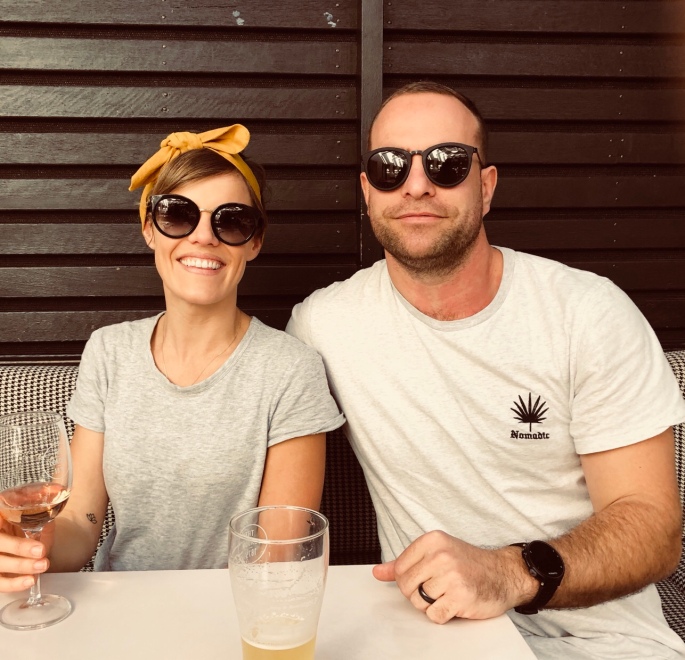